For all your off topic conversation requirements. No posts about gigs please, use the Music forum. As usual, no "NSFW" material, keep it clean.
Post Reply
78 posts

Kill it and let it die with some grace. I haven't been on here for years, but within ten minutes of reading it I wanted to gouge out my eyes to make it stop.
It's like being dragged into Revolver after years of absence through good living, then seeing all the same old, pathetic, clubbed-out spastics dancing to Boogs, trying to re-live times that are OVER.

IMO - it's always been way too harsh on the moderation, way too narrow in debate, and way too thin on anything interesting for years. Mods who'd never even played a gig jumped on anything that was even remotely 'offensive' before it could even get interesting. I'd say this is the main reason why the great majority of DJ's and true scene movers & shakers left here in droves years ago. (Well, that and getting healthy, getting out of partying, and running successful businesses may have had something to do with that too).

It served a purpose, but the purpose is now dead. A combo of Facebook and a scene destroyed by relentlessly whipping dead horses, a plethora of atrociously shit DJ's that just lack general 'craft' (the term DJ itself could be debated here), way too many people that had never really done anything scene-wise that are held in such high regard here, as well as an influx of terribly uninteresting, unoriginal commercialised dance music somehow being regarded as 'underground', and a general lack of integrity across the board, have all contributed to both this scene and this site's slow and painful demise.

The scene was once exciting, it was once grand and new, but no more. Melbourne Beats shitting itself is but a natural progression of years of mediocrity. People these days would rather listen to Justin Bieber than be bored into a coma by a sludgy eight minute breakdown mixed poorly by some wanker who doesn't even know what a musical phrase is.

Personally, I'm back to watching bands. There's some exciting new shit going on there.

It's just the truth. Take it or leave it. I really couldn't give a fuck.

But in closing, there's only one more thing to do...

GET A STICK AND FUCKING KILL IT. 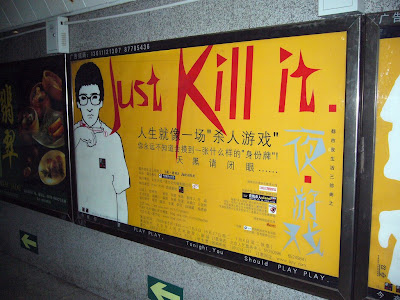 Wow.. what a douche. Haven't seen much douche action on here in a while. Maybe keep the site going?

Sure you did. Bit thin on the dancefloor tho eh?

I'm not better than anyone else. I have my shortcomings (tolerance and forgiveness for idiots being one of these)

Shortcomings aside, I could sure promote and play a party better than you ever did cunt. lol.

(I haven't been kicked yet. What's wrong with you mods these days? I'm being highly disruptive in a constructive and honest fashion - while using expletives. That means you should purge me - straight away. There should be none of this type of behavior on here!) lol

I'm going to throw it out there and say it. This thread is the most interesting thing that has happened on here in years. All you need is someone wearing the black hat. Any time after I'm kicked, if you'd like me to make guest appearances to fuck shit up on here, create controversy, and all round general 'interestingness' - please contact me at my place of business.

And that goes for all 4 of you! LOL

lol what the hell
Strontium Music

seriously dough. melbourne beats might be only a few people posting every day but I have met some awesome people thanks to this site and considering I knew almost no one when I moved here I am very grateful for that. its been a lifeline really.
Strontium Music

Omoplata wrote:I could sure promote and play a party better than you ever did cunt. lol.

I still use this site for checking things, e.g. the repairs thread, or old comments on tech

so if we were to kill it, perhaps just lock it off and leave an archive?
croaking lizard... jungletasticdubcorebadness (brap brap)
surface resonance... sound and vibration arts (buzz hum)
Top

Omoplata wrote: Shortcomings aside, I could sure promote and play a party better than you ever did cunt. lol.

So why don't you? Why don't you start putting gig's on and show the world how great you are?

Also, I don't think it matters all that much how thin or packed a dance floor is at, at a charity gig. When the aim is to get people to donate to a good cause they raised money and had fun doing it.
They weren't out to prove what top notch promoters they were, they weren't out to throw the biggest, best, most extravagant party of the year that had the dance floor packed...

Anyway, if you're such an amazing promoter and DJ, who are you?
The fridge is angry, the cheese told me so.

Watch out for the penguins, they are comming.
Top

I dont come here anymore, i dont visit any of the other forums anymore i used to...
the people i want to speak to are on crackie and i google info I need, gigs i either know about or don't want to go to...
but reading this thread has made me miss you guys. Little Evil included hahaha

plenty of fun trolling for youououououo

nic wrote:im 30
im not a troll
im a not so young professio0nal

I don't check in to MB too often anymore either. Melbournednb.com was going alright 5 or 6 years ago and that is now virtually dead. The music thread is now just dominated with label spam. Maybe these could be put in a separate thread so the other threads reamn in view without having to trudge through the spam.

I'm more likely to post in the off topic threads these days....

As prev mentioned, gigs dont seem to be up to the same standard as they once were. Not overly impressed with the way DnB is heading these days. Although there is somereally nice liquid, but liquid artists seem to bypass Melbourne. Prob wouldn't draw a big enough crowd to entice promoters..... Wouldnt mind hearing some harder stuff also.......
Check my pics.........

Wow. My first time here in months, too. I feel like someone who deserted their date in the bush, then came back a few months later to see if they were doing OK. Sorry 'bout that!

It has been fun. Sorry to see it slowly fold.
Andrezzz

STILL BROKEN BEATS TOO....even if i now work at every mufuggin psy event all fuckin summer...

Return to “Off Topic”